All type of cars -EVs included- are polluting the air

Researchers warn that plastic debris creation from tyre and brake wear is estimated to be 28 percent of the total micro-plastic release into the oceans worldwide!

Whenever you hit the brake, the forced deceleration puts the brake linings to large frictional heat generation. This wear generates brake lining particles that are released to the environment. Particulates added to the air from non-exhaust emissions include PM10, which are less than 10 micrometres in size, and PM2.5, which are less than 2.5 micrometres across. Most of the wear material ends up as dust at the kerb or gets washed into drains and some wear-particles are small enough to be inhaled into the lungs and throat, causing health issues. These particles are rich in transition metals such as copper and iron which add to the toxicity of our urban air as well.[1]

Vehicles add particulates to the air by wearing down tyres, brakes and road surfaces. Electric and diesel fuel cars both contribute to non-exhaust emissions. And here is the scary part: researchers have shown that brake wear from road traffic vehicles is an important source of atmospheric copper concentrations in Europe. They estimated the copper emission due to brake wear to be 2400 tonnes per year. This means that 75% of the atmospheric copper input in the North Sea may be due to brake wear from cars on the roads.[2]

This is a Scanning Electron Microscope image of brake wear particles generated on the road. These particles are smaller than 2.5 microns. For comparison A human hair is about 75 microns across. Bacteria can be between about . 2 microns and 3 microns in size. Taken from [1].

If that’s not enough, according to the EEA analysis, fine particulate matter (PM2.5) alone caused about 412,000 premature deaths in 41 European countries in 2016. The EEA’s Air quality in Europe report[3] shows that almost all Europeans living in cities are still exposed to air pollution levels that exceed the health-based air quality guidelines set by the World Health Organisation (WHO).[4]

All the public health issues of brake wear together are small when compared to the micro-plastic issue of tyre and brake wear. High-speed cornering and harsh braking erode the tyre surface, which releases rubber particles. Larger ones remain on the road until they are washed off, often into rivers or oceans. Smaller pieces will become airborne. Plastic debris creation from tyre and brake wear is estimated to be 28 percent of the total micro-plastic release into the oceans worldwide![5]

This is huge! The Air Quality Expert Group’s Non-Exhaust Emissions from Road Traffic report warns that ‘These estimates make wear and tear from tyres at least as important as plastic bottles, bags and fibres released from clothing during washing.

Keep in mind that all the dangerous particle emissions from the car mentioned above are non-exhaust. Whether you drive a truck, a city car or a Tesla, with each braking or high-speed cornering your car is emitting invisible particulate metal and plastic matter into the air.

There are no policies to control these emissions. Stopping from 48 kmh (30mph) emits around twice the amount of brake particles compared with stopping from 32 kmh (20mph), so lower urban speed limits could help, as could reducing traffic volumes – especially by better management of goods moved by road.[6]

However, as a responsible and environmentally aware driver, you can be part of the solution as the most fundamental change is the one from within the individual. Start paying attention to how you drive on the road. Can you avoid harsh braking by focusing more on the road and keeping a safe distance from other cars?  Slow down the pace of actions you take during a ride. Drive smoothly and try to avoid high-speed cornering.

And always remember: what you achieve by driving smoothly is as important as recycling plastic bottles and avoiding plastic bags and micro-fibres globally. 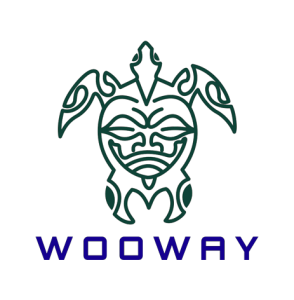 Let's get in touch

Give us a call or drop by anytime, we endeavour to answer all enquiries within 24 hours on business days.

Give us a call or fill in the form below and we'll contact you. We endeavor to answer all inquiries within 24 hours on business days.